there goes the neighbourhood.... 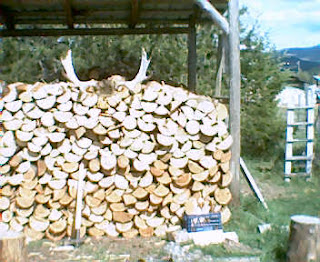 A cute little couple was wandering around the neighbourhood yesterday .... checking out real estate, I guess. First they were kind of sauntering along on the edge of the road.... then they moved on to the sidewalk.... probably so they could get a closer look at the yards. There isn't even any curb appeal right now... only a few of us have cleaned up dead leaves and junk after the winter. Our last snow just melted.

The little lady got curious about a garden and walked straight up the driveway across the street. The husband started to follow her, but thought better of it and back tracked.... even went all the way back out onto the road..... trying to look like he was not with her. He had a bit of a limp...so was limping around in smallish circles...kind of kicking at little pebbles every so often ... trying to appear nonchalant. She, meanwhile, was really getting downright nosey. I watched from the front room window as she marched directly onto Luisa's front patio, looked at the front door and big window ... then, just stood right there... looking at the garden and the dried and dead winter debris that has not yet been removed. Maybe she realized she had gone too far.. ...she made her way back to where the guy was looking intently at some small thing on the road....although she didn't seem in too much of a hurry. Off they went down the road together.... and didn't she walk up the next driveway too ... into Joan's yard. This time, sort of pretending to inspect some leaves on the hedge near the sidewalk but all the time inching further into the yard. I went into my craft room so I could get a better look ..opened the blind just in time to see them leaving that yard and moving on down the block....

I gave up watching when I lost sight of them behind a bushy spruce tree. But, it wasn't over.... later, I was in the bathroom and all of a sudden I noticed some movement in the back yard. What? I moved over to the window and wasn't the guy walking up our driveway! What nerve! He was coming toward the house but when he caught my movement he stopped dead in his tracks and straightened right up. I peered out the window directly below me and sure enough.... there she was! Not just looking at the gardens this time... oh, no !!.... ... not content with that...there she was sitting in my huge plant pot !!! That did it! I quickly opened the window and told them to get lost...go find a home on the golf course. There was a mad flurry.... plenty of squawking and quacking .... a tiny white feather floated down behind her........ whew! Just in the nick of time. One year she left me an egg in that planter before I could put a cover on it after seeing her in it several times. If it was a better situation, I would probably let her have them and even buy a little paddling pool for the babies... but, it is just not a great place to raise ducklings. Last year she planted some eggs in Luisa's garden.... why on earth doesn't she stake out a nice nesting area on the golf course?....why in the middle of a neighbourhood? I don't get it. 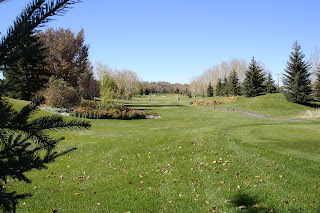 reminds me of the time I left a frying pan outside the tent to soak and came back to find two duckings in it!!

I'm a bit slow today..I was on the edge of my seat with intrigue about why this couple would be such sticky-beaks..little did I know you were referring to real sticky-BEAKS!!
Your story did crack me up :O) but probably not so funny for you..
Thanks for your lovely Mother's Day wishes..just read your lovely post about your Mum and I'm sorry it was a sad day for you..lovely that you could share a bit about her though. Take Care, Gx

LOL! You had me going! I was really thinking there are some unusual folk in your neck of the woods!

Cute story! I wondered about that old couple. LOL!

BTW, there's a message for you, li'l miss, in my comments. I'm still shaking my head.

I was reading intently to find out what this mysterious couple was up to-LOL! You had me! Your neighborhood must be a cozy place and more attractive than the golf course (and probably not nearly as polluted with herbicides and pesticides).

This is such a great story, and you really got me believing we were talking about two very nosy people, then to get the end and hear we are really talking about a pair of ducks! Very clever writing indeed. PS I would have been twitching behind the curtains too! x

From my neck of the woods I thought you might be talking about bears! I suppose that the ducks just aren't the country club type ...

Judi, Bears wud never be so rood!

(Well we wud, but not in brord daylite hehehehehe)

Oh...you had me going! I had visions of an eccentric (human) couple helping themselves to the peace of other peoples' yards. Great story!

I'm hosting an "I Live In My Own Little World But It's Ok They Know Me Here" photo challenge. Show us where you sit & write your blog and all the other special things around your space. Indoor and outdoor. I am giving one of my collages, via email, to each person who joins in so let me know in a comment on the Own Little World blog. Anyone is welcome to join.
Hope to see your Own Little World...
Pam

bwahahaha had me going there, that was funny!