Haven't done a doll since ..uhm....I forget how long ago, but a long time.  Since Madame Pompadour.   Remember her?  She took a lot out of me I guess.  Was it 2009?  Must look back sometime to check.
Wow....time flies.  Even if you aren't always having fun.

Anyway.... this is Alice in Steampunkland.  She looks like fun .. and, the pattern has a ton of great info to help get her looking good... 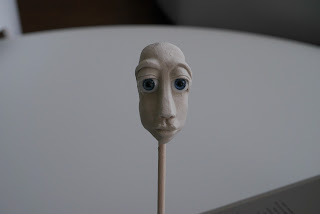 Oooooh.... and, here is the really cute part...there is a bunny.   Can't wait to begin sculpting him. 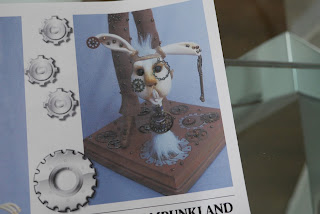 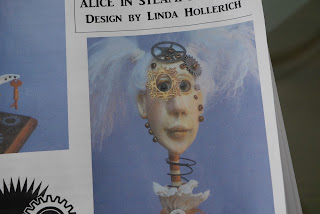 Does 'woman' ever come to mind when you say those words?

And, 'woman' doesn't come to my mind at all when talking about hunky firemen either.

But, this morning, all anybody is talking about is sexist behavior in fire halls and of course, then it goes on to hiring practices regarding women in non traditional occupations,  etc... all to do with some female firefighter's complaints of her supervisor making certain remarks to her.  Big deal.  Sexist behaviour is everywhere.  If you are a woman or a man, get used to it.. learn to deal with it or figure out how to get around it or quash it.  Yourself.  Why complain to anybody who will listen?  Whiners never prosper.

First, if you are considering applying for a position in male dominated areas... make sure you can do the job.  Physically, emotionally, and mentally.  Second, get used to the fact that you will be badgered, or belittled, or worse, every step of the way and then perhaps, reconsider.  Or.... figure it out.  Yourself.  If you can't do all of the above...don't bother applying.  And, besides that...if you want to be a fireman, be big, strong, burly and able to lift a 200 lb dead weight, unconscious man, and, get him and yourself out of a burning building without batting any of your eyelashes.  Which, by the way, you won't have after your first fire.

Get real.  Who really needs to do every single male dominated job in the world?  Maybe we should actually leave a couple bastions of male dominance.  I definitely want a big, strong, ultra fit fire'man' rescuing me if my house is on fire and I am incapacitated.  Even a 100 lb. woman is more than most people can lift, male or female.  I don't give a damn about gender equality.  And, I sure as hell don't want some token woman firefighter showing up asking me if I can walk when my legs are broken....no thanks.  If you can physically beat out male counterparts for a physically challenging job...good on ya.... but that's the only criteria I want followed in some occupations.   Of course, that's only my personal opinion... and, I'm entitled to it.

I've worked in male dominated occupations.  Long before modern day so-called liberation.  Back in the 60's we did it to make a dollar more per hour.  End of story.  Oh, just a minute it isn't.

These people have several children....who are busy riding bikes and tricycles in and out of these gates.  Luckily they open onto the alleyway...

When I first saw the sign I immediately read "chickens" instead of children and wondered if chickens were legal in our area.  Just for a nano second  of course...but, I guess that was the plan.  To get our attention.... and I thought it cute and clever, so of course, it ends up on here....why not? 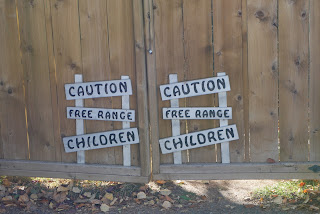 My 'Christmas Cactus'..   which has bloomed on all sorts of days including American Thanksgiving... and, on Hallowe'en.... this year bloomed even a week earlier....it must have known something. 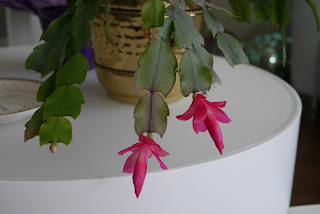 It's winter.... because the following Monday.....it snowed!

The birdies were not best pleased. 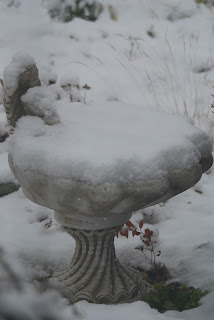 I must dig out my heated birdie bath...and quick! 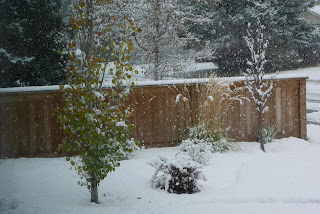 The snapdragons were still blooming away.... I must admit it was waaaay past the time when I would have expected it.  I just couldn't make myself pull them out when they continued to sprout flowers. 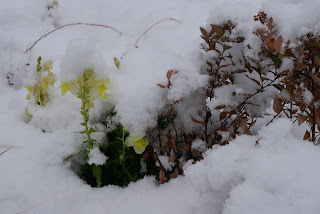 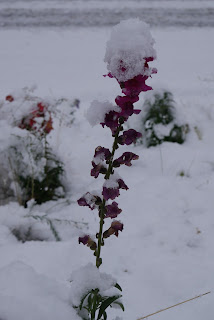 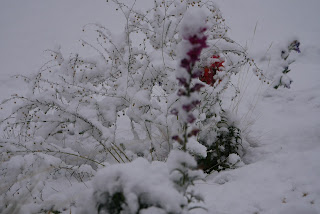 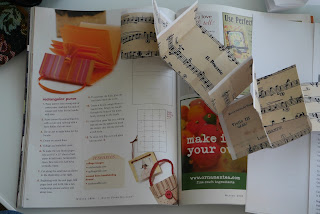