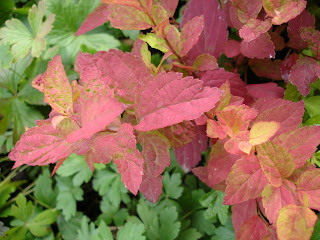 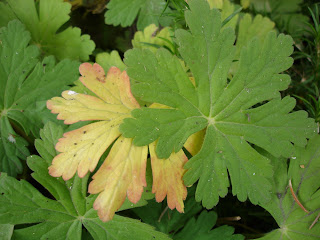 She's been travelling for a year.  In a trunk.... or so they say.  It is called a travelling trunk show, so I guess they are actually in a trunk.  With many other dolls.  And.... I have to say that somebody, or more probably, many somebodies, have handled her very carefully.  She looks as good as the day she left home.  Her hair has hardly even moved.... oh, sure it was a bit staticky (is that a word)? ... just from the plastic bag she had wrapped around her...but just smoothed it down and voila.... good as new.  Here was the itinerary.  Did any doll makers happen to see her in person? 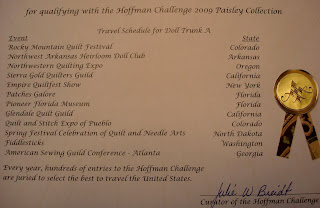 I admit to being a bit concerned... last year.  But... had to tell myself whatever happened, happened.  I wanted to enter the Hoffman contest... and I did.  I was hoping for big things...and that happened too.  She received Honourable Mention in a world wide contest.  I was thrilled.  However, when that happened, it also meant that she would have to travel.  I was a bit worried about her then...

But, somehow, they do manage to look after them very well.... and for that I am thankful... and may I just say, a happy enough camper to be getting excited about making a doll for the Hoffman Challenge 2011.  I didn't do one this year because my wrist was bad...and .... well, I admit it....  I was actually waiting to see what shape she was in after a year of travelling.

Look at the fabric for next year!  Wow.  What beautiful colours.  Hmmm.....  I want to sit right down and just do some dreaming about dolls .... but, tomorrow... a consult with a surgeon about my wrist.  Guess we'll hafta see what he says first.  Who knows what will be the next step or how long things will take to organize and to heal. 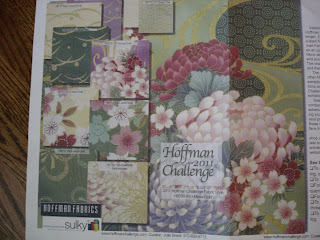 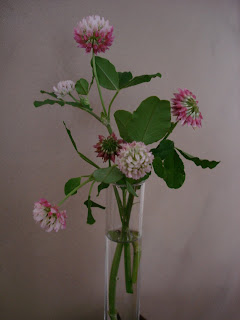 ...   things have been growing and growing really well with all the rain we've been having.
The summer has shot past.... nights are cooler and the mornings...brrr.... doesn't feel like summer anymore now.....

The little beauties that have appeared in crevices of the paving stones and rock walls are amazing this year.  Not only  moss...but all sorts of little plants and flowers are making an appearance. 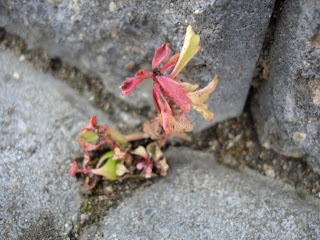 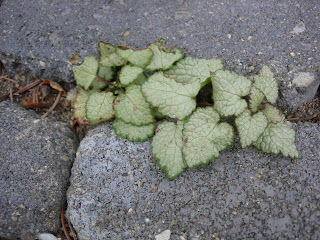 Nettles of some sort.... 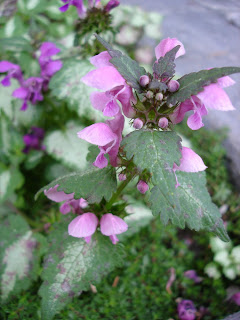 This clover plant was hidden under some rather large leaves....that I think may belong to a hollyhock... but, I didn't plant a hollyhock... and it didn't grow tall enough this year for me to tell for sure if it is one or not.... maybe it will grow again next summer.
I had to bring in the clover... what cute little flowers it has... and the leaves are one of those things... delicate and yet so strong.  It lasted over a week in the little vase.  The leaves were a bit wilty the few minutes after I plucked the stems, but, the minute I got them into water...perked right up and stayed that way til I tossed it when the blooms browned.... .... 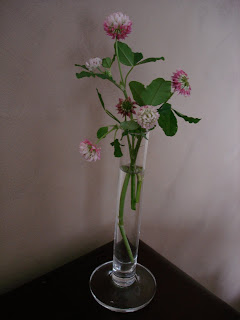 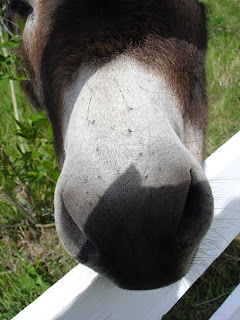 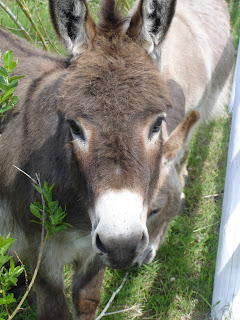 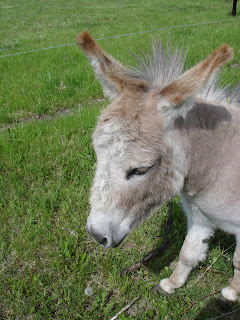 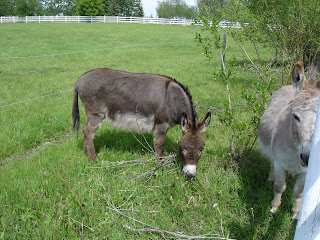