I say "take two" because it is only the second time to try Royal Icing and piping skills... hahaha... skills... that's a laugh!

This time I made the icing softer ... with many more tablespoons of water than Jemma suggests ...and still ... way too stiff to pipe.  So, after a lot of moaning, whining and wiping off about 17 doorways... and, then some swearing... I put the icing back in the bowl and added more water yet. By then, I'm sure there were dried crusty bits in it as well.

I tried again... but, by then, my hand was wobbly and I was totally ticked... so Mister BumbleVee said he would give one a try.  I managed to make only about two end pieces ... not great windows and doors...and his first one was a bit wobbly too... but, then...he became a piping machine!  He did all the rest of the pieces ...in total I had 8 houses, and at 6 per house that was a grand total of 48 pieces.. a lot of fiddly piping!

But, hours later, in spite of the silly icing never being the right consistency... he had managed to do all the pieces;  I waited til they were dry and assembled and added more "snow" ... which after awhile... became a bit messy too because my parchment bag was practically trashed.  I only had one piping tip and bag so made a couple of parchment ones;  well, Mr. BV did that too... ... hahahah... BUT... we did 'em, the little buggers!!

Since then, I have been watching many, many videos on piping, icing consistency, tricks and tips etc.... and, man, are some of those women ever amazing!!  I love one of them called Haniela... she does great stuff..and has lots of info to take in.  I will have to watch them again and then, make up another batch of icing and get busy practising on some parchment or something.  By next year I want my little gingerbread guys to look somewhat better than these.. but, I am showing them anyway... because darn it ...I am proud of our efforts.

Mr. BumbleVee says .. "don't show everybody our amateurish efforts".. but, I think they are cute and also..it is only the second time trying anything like this at all and his first time doing the solo piping, so .. here goes....

The worst ones, with no door sill... are mine.  The good ones are Greg's...
I think he is pretty good at this..... maybe I need to make him watch the videos and he can do them again next year.   Don't tell him I said that. 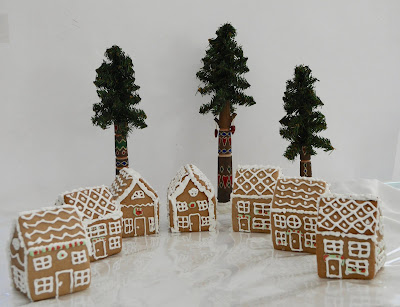 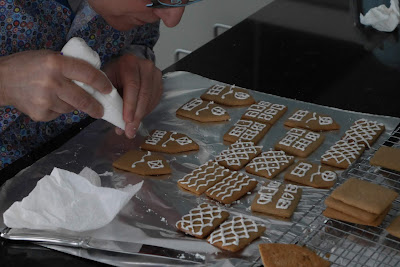 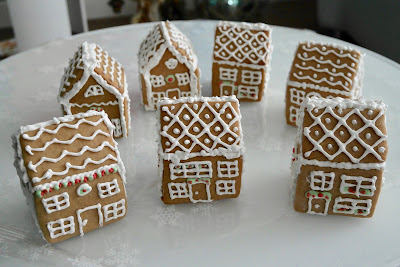 I like to encourage people to give things a try even if you have never done it before ... who knows how it will turn out?  You may be quite surprised at how good you are at something.   You may have amazing beginner's luck... try something new for the New Year!

A few things on our tree

okay, well, there are a lot more than a few things on ours for sure.... but, we love it.

Probably best described as whimsical... although I like to think whimsical but adult and a bit classy as well..

Sure it has lots of little cuties in there ...but also some lovely glitz and sparkle a bit of glamour... 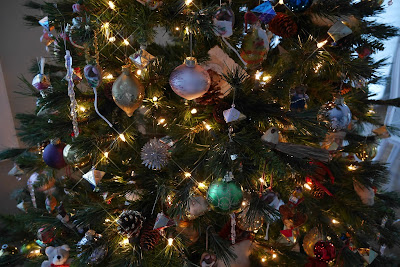 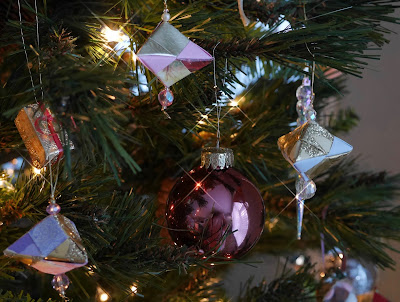 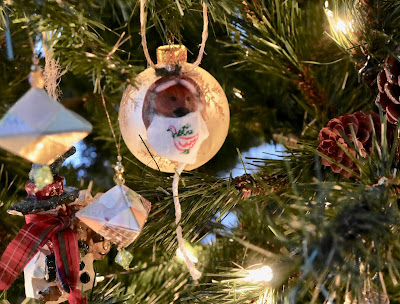 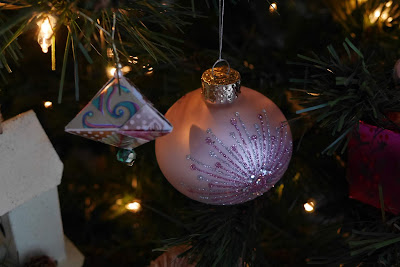 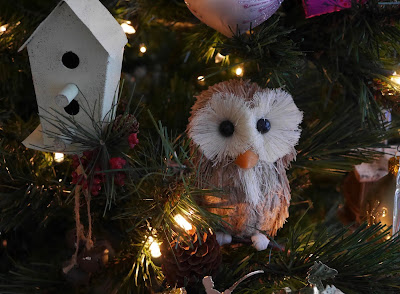 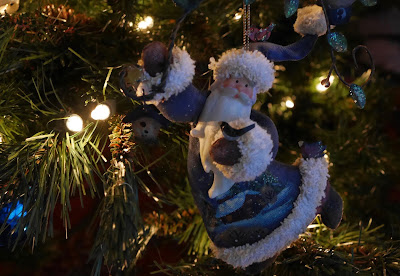 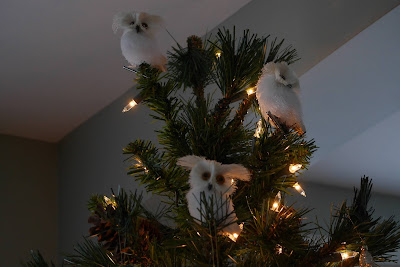 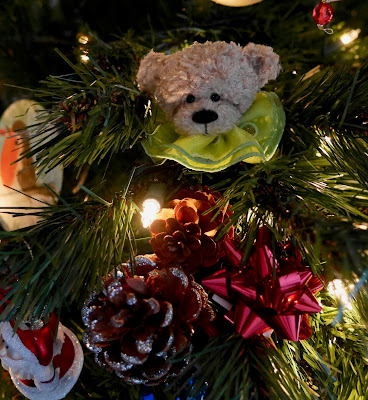 Timothy in the tree

Finished and still looking a bit worried even though he has buddies and friends in the tree with him .. there are other little bears... mousies in their walnut shells... a black sheep ... and several little owls and other birds..... 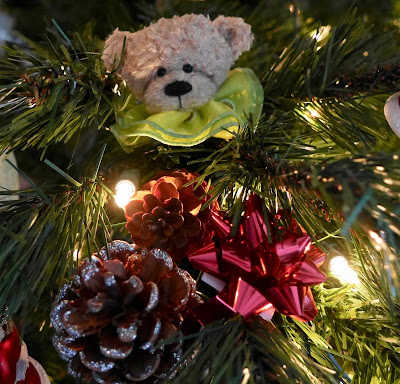 Where I placed him, I can see him from the kitchen ... watching and wondering.....