Stranger in the night.... 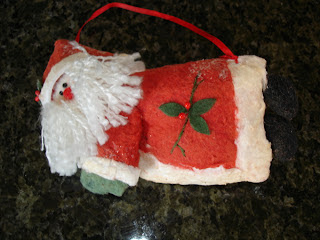 Well, that was a sleepless one.

At 3:15 a.m. Greg and I woke up hearing noises ... we both said at the same time ...front door! Then we heard it again... like someone was trying to break down the door. We practically sprinted to the door in the dark, but probably still only half awake ... some guy was pounding on the door... almost seemed as though he was lunging for it instead of knocking. Heart beating like a trip hammer... hyper adrenalin rush; try t o stay calm and think what to do. Okay...yell at him. Good as any. Greg yelled at him... "what the hell do you want" ... and I quickly turned on about 5 lights at the same time to let whoever it was know that we were alerting any neighbours who may be up and also so we could see who the heck it was. We have a glass door window and could see one guy standing there. We were standing pretty close to the door by now and he said something back, but neither of us could make it out...we just looked at each other... ..sort of dumbfounded, shook our heads and shrugged. Then we yelled at him again...to get out of here... and he still stood there. By this time I figured if he was trying to break in... he would have either run away or broken down the door. But he just stood there. I opened the little window beside the door and said "who are you", what do you want." He said ....."sorry".... ..more talking but didn't make much sense except by this time I knew he was young (20 s), definitely lost, and had obviously been drinking. Still not ready to let him in, nor were we ready to call police... ....we gave him our own version of the 3rd degree through the window. It was cold out there...he could hardly speak properly because his teeth were chattering like crazy. We looked at each other again...and said in whispers... what the hell should we do? We can't let him freeze to death in our yard. It was about -8C.... Greg decided we should bring him in the house. So, we opened the door and told him he better come inside. By this time he was apologizing more and saying he better go and he was sorry for bothering us, but just stood there chattering and shivering. He looked pretty pathetic and we figured even if he got rough the two of us could put him on his butt in a hurry...so again told him to come in. Finally we had to grab hold of an arm each and forcibly move him inside the house. He seemed unable to move forward. That worried me. He stood against the wall in the corner, head down, hands in pockets, shivering uncontrollably, almost unable to move so we decided to call an ambulance. I was wondering about concussion... but could have been just the cold. I grabbed a blanket from the closet, threw it on him and we tried to coax him further inside ...while Greg locked the door ...just in case. Could have been a major con or danger still...who knows... but didn't really seem likely at that point. He seemed to be in real trouble physically. We told them we suspected perhaps hypothermia...but his skin didn't feel cold... he was at least sort of coherent, answered some questions, but not enough so we could make head or tail of things. Maybe we were not asking the right questions, or maybe he had more alcohol in him than I first thought. It didn't matter at that point. He stood there a bit more ... handed me his wallet and then,tried to step out of his sneakers to leave them on the mat.... ... managed to get them off.... to walk further into the house... but still could hardly put one foot in front of the other for shivering.... awww, poor guy. That did it... no thief would be busy trying to be tidy. Not a thing in that wallet.. except some little blue card with a name on it.. I asked his name and he did say the same. No driver's license.. a few bucks...that was it. He said keep it ... like he felt obliged. By then I was feeling awful for making him stand outside for as long as he did. And, I still wanted to know where he had walked from or had somebody thrown him out of a car or what? We are in a subdivision that is horrible to find your way out of ... its like a labyrinth and you could definitely be in it forever. He said he had been walking around for hours... trying to figure out where he was. Said he had knocked on several doors and people told him to get off the property. He had been to a party.. somebody had hit him... maybe he had a slight concussion... who knows for sure. The address he was talking about (not sure if that is where he lives or the party or thought he was in)... was many miles away.... and we were not about to begin driving him around.

Long story a bit shorter.... ambulance showed up with 3 guys on board... he was in the kitchen by then...still shivering...but managed to stand and leave with them...and for the first time he managed to lift his head and look at me ... gave me a hug and said thank you...shook Greg's hand... we almost cried. The ambulance guys seemed to think we knew him or something strange.... they asked us several times. They did say it was the right thing to do calling them. Then, they sat outside with all the lights blazing for over half an hour...a police car with two other guys showed up and also an unmarked truck with two more officers. Geez.... how much wasted man power for a situation like that. Then after being in the back of the ambulance for all that time...the cops in the car managed to get him to their car and more sitting...another half hour...I listened through the window and they were still asking him if he knew which area of the city he was in. Not any further than we got... we knew his name, age and which city he had recently come from within 3 minutes. We know he is staying with an aunt.. we know he has a job, because he was at a company party... but he definitely doesn't know this city layout!! It was over an hour in all...and who could go back to sleep after that? Not me for sure. Greg got another hour's sleep and had to go to work. I am wondering how it all ended. We both decided we are glad we did what we could... we are not letting somebody freeze to death. I definitely would not want to read about it in tomorrow's newspaper and say I wish we had done something.

Holy cow Vee... and I thought I'd had a sleepless night here on Black Street, thank goodness you don't live alone that would be very scary. Poor guy, how great that you showed him kindness and allowed him to come in.

You two are saints! Hope that you might learn what happens to this poor young man. Hope that they took him to the hospital to check him out.

Reminds me of a story of a couple who own a cottage on the same lake as my parents. It's six miles in the woods over a twisty, dirt camp road. They were there in November when they saw a boat capsize. They rescued the two guys and took them back to their cottage. They wound up stripping off the guys' clothing and bundling them up in blankets, but they were so hypothermic that they finally put them into their bed and climbed in with them!

Let us know if you hear anything more!

That was me...double post. Oopsie! That letter thing was having a fit.

Wow Vee, that ws quite the morning. On another note. Thanks for popping into my blog. I to am a bear collector and maker, also make ATCs.

funny how the letters just get away sometimes..just with an extra press of some key or other..
Yeh, not sure what I would have done had I been alone Susan... ..probably the same thing once I talked to him for a minute.

probably some folks might think I am in another category beginning with an S.....stupid. But, we could hardly leave him outside when he was in that condition already.

tx for stopping by Veronica ... I will be checking now for some bears and such....

Oh my gosh Vee! I know it must have been scary to let him in. These days you never know... How fortunate for this man that he knocked on your door! You saved his life for sure - he would not have survived the cold!

Vee, you've got a heart of gold, and the bravery of ten thousand men. I hope if I'm ever in trouble like that I'll find refuge with a smart compassionate person like you. I hope you feel proud of what you did! I'm sure it meant the world to your disoriented visitor. :)

Oh my word Vee, he must have been sent to your door by his guardian angel, that was so kind. He might be back to thank you some day when he is a little better. You won't forget that night in a hurry!!

jeesh the guy must have been terrified, what a horrible situation to be in.... you guys probably saved his life, good job

Thanks for the comment on my blog.....comments make me feel warm and fuzzy inside : D

Wow Vee, you and your husband sure have big hearts and are brave. I don't know if I would have had the courage to open the door. I am such a big chicken. If I ever get lost on a cold snowy night, I hope it is in front of your house!

gee....tx everybody for stopping by on this one...

I am coming up on 100 posts soon.... and hope you all will check for that. I am working on a little something for a give-away...

Gosh Vee , that must have been a scary situation - but you made a good decision , and I bet there's a Mum out there who would thank you from the bottom of her heart !!
Oh yes , I made sure I put your link on my blog , so peeps can visit you from me ! Will definitely be back for the 100th post ; great going !!
Mini Hugs , Ruth