You know when we were young and a vacuum cleaner as a gift was not what we had in mind? ....   Times have changed.

He works diligently let me tell you... and, he doesn't miss a spot.  Those legs under the beds?...especially the ones in the middle? ... he goes around them at least 3 or 4 times making darn sure there is no dust left lingering... what a treat.

The first time we asked him to do our bidding it was almost like having a new puppy.  We followed him around the house checking everywhere he was going... to make sure he wasn't getting into any mischief.  He is so clever... mapping out the areas; making sure he didn't miss any spots, etc..   When we tried out his services a second time he was even more organized.   After all, he had 'mapped' our house previously.  There is only ever a slight problem near the docking port... but, maybe a chair in too close proximity caused that.  We moved the port and will see what transpires next time.

It takes him about as long as it takes me to vacuum the whole house... but, hey..  I can let him get on with his job and I am free to do other things...I love it.!!  Of course, I will still be vacuuming...but,  if little Snoopy does his job once a week, I bet I can cut my own vacuuming down considerably...   he won't be able to open and close doors to get behind them..nor will he do steps .. so the human touch is still essential every so often.   But, the square footage I will actually have to do will be minimal if he does all the rest and does a good job.

After so many years of renovations and having to vacuum daily and sometimes many times a day...I will be so happy to have this little vacuuming buddy ... can't even say how much I love him already.  The main vacuum cleaner is also being replaced... we killed it with all the drywall dust we vacuumed over the years of the silly renovations.  Maybe next week I'll get my new one of those......... the shipment is stuck in eastern Canada.... snowstorms and whatnot... probably some Christmas delays as well. 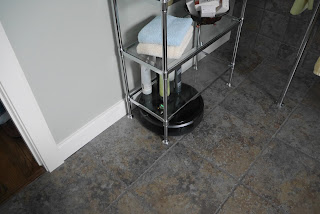 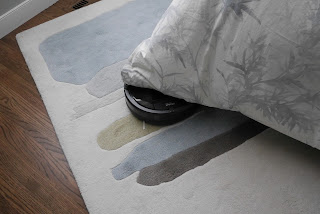 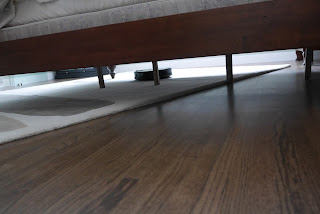 Happy New Year to you dear Vee and best wishes for a wonderful 2017.
How lovely to have snow there and a winter wonderland - stay warm dear friend.
Your new little cleaning buddy would be a great help and how marvellous to have it do all your cleaning for you - great present.
Hugs
Carolyn

Ha, ha. I did wonder how well they worked. Glad the little guy is earning his keep. Nice to see you blogging again too.
Happy New Year!

You're the first person I know who actually has one of these, so I was really interested in reading about how much you like it. It's one of those things that you wonder if they're just too good to be true, so I was happy to hear that you like yours. I imagine it might be a little disconcerting for the first while to see something wandering about on your floor with no human guidance.

frayed at the edge said...

I bought Malcolm a new vacuum for Christmas ..... a cordless one, as he was always complaining about the cord getting tangled!

We have one. Our cat is not amused by it at all:)

How cool. Just told my hubby about it and he went straight to the computer searching for it😀