The rocks in my yard disappeared...

I was pretty disappointed ... who would steal my painted rocks? ..  I walked up the block to check if the two girls had taken them to put with theirs ... sort of as a joke..... but, nope.  Only the two I had placed there for them.  Still there.

Then, much later in the day, I was doing some weeding and... lo and behold...I spied one about 15 feet further up from where it originally was... face down in the garden.   I was even more disappointed... because that meant somebody had thrown it there ..on purpose.  For what reason?  So, of course I searched around for the other two..... finally found one more under the shrub further away yet..up towards the house ..... didn't find the third.

But, then... the following day...I was walking out of the patio and there she was ...face down under the lilac shrub... almost inside the patio...where somebody had tossed her.  That was getting pretty close to the house...and, windows... so, I'm pretty ticked.  I just want to kick somebody in the ass.

Of course it is kids...but, which ones ....and why would they do that?  What have I ever done to them?  Nobody can ever answer those questions...and, if a person ever accuses somebody's kid.... mostly the parents will deny it was their wonderful child.  Our childhood was much different.  If anybody had ever even suggested that we had done something we shouldn't have .... we wouldn't have sat down for a week.  A different world.  Now, I look at all the kids motoring around on scooters and bikes and wonder which of them it was .... I can't really see little girls doing it.... but, who knows..so more the boys get the evil eye... hahahah......sure wish I had seen it happen.

I moved the rocks.  Nobody gets to see them in passing now.  I put them inside our patio where only we get to see them.  I could put them out during the day and bring them in at night..but, what a nuisance.

I'll just have to play with flowers and photos.... I love this one of my bleeding hearts. 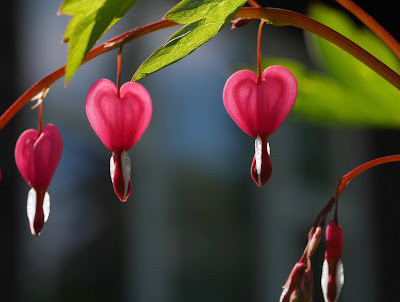 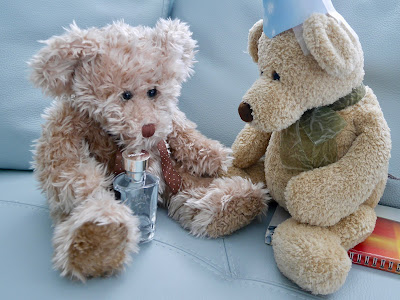 Kids these days are so destructive (to be fair, not all of them). They haven't been taught respect for others like what we were when we were kids. About painted rocks - I've seen two in different places I've been in the past week. Rather fun to see!